Josh Schulman was born in Washington DC and moved to Philadelphia in 2003. He has been living in LoMo since buying his house in 2008. Josh is the block captain of his block and leads the tree-cycle event in January. Josh is interested in engaging all of our neighbors and helping to make our community a safer and more beautiful place to live. Josh works for a production company and always has an eye out for design solutions to problems. Josh joined the board in 2020.

Anne has a background in biotechnology, with previous experience in Penn’s Science Policy Group and Diplomacy Group, having served as their blog director for over a year. These experiences have equipped her with expertise in grant applications, documentation, and educating others about matters important to the community. She is excited to translate these skills to educate and excite others about things going on in the community, and much more. with the goal of empowering others to come together and create a community that we all want to live in. Anne joined our board in 2021.

Chau Wing is from Fuzhou, China and has lived in Philly more years than she’s lived anywhere. She has been a LoMo resident since 2014 and LoMo Board member since 2021. Chau Wing is passionate about equity and education and  serves as a Board Member for the School District of Philadelphia. She loves music, performing arts, knitting, biking around the city and traveling. She looks forward to getting to know more neighbors in and around LoMo.

Todd is our Zoning and Planning Committee chair. Her previously served as both vice president and president of our organization, having been one of its founding members.

Drew was born in Philadelphia and raised in Abington, just outside of the city limits. After spending more than a decade away from the area he moved to Lower Moyamensing in 2020, returning to the greater South Philly community that his maternal grandparents grew up in. He first became involved with the LoMo Civic Association as a tree tender and as part of Friends of the Park at South Philadelphia HS. With a background in urban and regional planning, he is invested in creating a sustainable, resilient, and connected community and empowering residents to shape our neighborhood. Drew joined our board in 2022.

Barb has been actively involved in the community garden for over 7 years, and the Environmental Committee for cleanups, tree plantings, outreach at Mifflin Sq Park and garden days with SPHS teachers and students. She has been taking the lead on workdays: planting and distribution with PHS and orchard care with the Philadelphia Orchard Project- in the SPHS Orchard and gardens for the past three years. She is a longtime south Philadelphia resident, where she and her husband worked and raised their family. Barb is a gifted, creative spirit. Barbara joined our board in 2022.

Jamie is a realtor with Keller Williams. After living in New York City and Los Angeles for 14 years, she is thrilled to be back in Philadelphia. She loves our neighborhood and feels it is important that as a community, we all work together to make our neighborhood the best it can be. Her motto is, “I live here.  I work here. I am here for you.” She is results driven, a team player, extremely organized, hard working, honest, family oriented and friendly.  Jamie joined our board in 2021.

Colleen originally came to Philadelphia in 1998 when she started working at the Art Institute of Philadelphia; however, she only lived here during the week, returning to Annapolis on weekends. She moved permanently to South Philadelphia in June 2006.

By August 2006 she was searching to find in which civic association her house was located; only to discover that there was none. She started the process by placing a shout out on PhillyBlog for others interested in forming what would later become Lower Moyamensing Civic Association (LoMo).  The first meeting, in September 2006, was held at what used to be Gavonnes on 10th and Wolf. Colleen and seven ambitious people who responded to her post took the first steps in the lengthy and challenging process of getting the original application together.

It is now going on ten years that Colleen has been involved with LoMo and she has served as a board member since the beginning. Many theories of organizational development hold that it is best for established leaders to limit their tenures and nurture others take leadership roles. She agrees with this and so has gone from Treasurer to Executive-at-Large.  Colleen also believes that it is vital that there be long standing board members to function as the memory of the organization and to advise newer members on initiatives. It is particularly important to assure that, when an initiative is proposed, the board can discuss whether it has been attempted before, what was learned from that attempt and if and how another attempt should be made.

Patti has lived in South Philadelphia since 1989. She loves South Philadelphia and believes that the old and the new can exist and thrive by working together. There is much to love when you live so close to historic Philadelphia, many great museums, performing arts venues, parks, restaurants, shops, quirky neighborhoods, public transportation and a diverse population. A Temple University graduate, she taught English Language Arts in Philadelphia and retired in 2019. She became a member of LoMo in its first year and has been involved with the beautification committee and cleanups but most often in maintaining neighborhood gardens. Patti has been on the board since 2016, serving as treasure and president (2017-2021).

Rebecca Wanner grew up in the Beloit, Wisconsin, attended Smith College, and moved to Philadelphia in 2000.  Since 2006, she has lived with her partner in his childhood home on Wolf Street, which is now also home to their son and two cats.  Rebecca earned a Masters Degree in Education from UPenn and worked as a literacy specialist in schools and on the administrative side in nonprofits. She brings this experience to LoMo and the Friends of Mifflin Square, hoping to foster community to advocate for equity and support our neighborhood schools and families. Rebecca has served on the board since 2017. 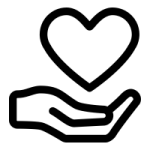 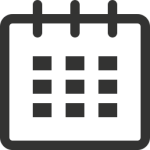 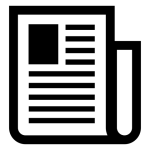